WORD FOR CITY & CHURCH OF SYDNEY

WORD FOR CITY OF SYDNEY AND CHURCH OF SYDNEY
Maria Mason – March 3, 2016 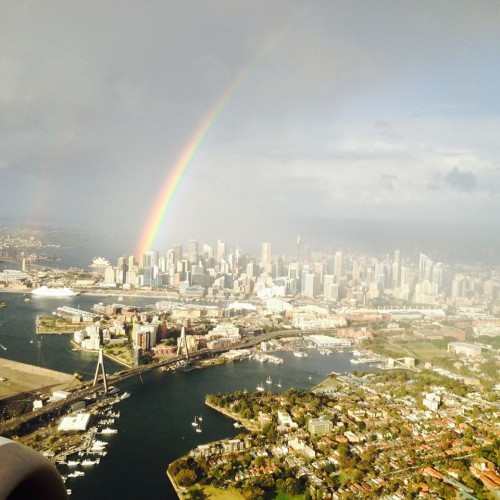 Last week whilst ministering in Sydney at an event, during the worship, I was taken up over the city and could feel the love of the Father for the City. I saw Him there moving across the city and He had His troops of angels with Him. I was awed by the strength of the angelic hosts in the city and could see
that it was a mighty army of warrior braves who have been commissioned to watch over the households of Sydney.

Sydney is known around the world as a place of extreme creativity and beauty. It is a harbour city and the “welcome Home” banner of Australia. It is seen more as the capitol than Canberra, because of the Opera House and the Harbour bridge, both the greatest icons of our nation.

The words I heard for Sydney were firstly that it is the City of Lights. I could feel the power of the redemptive purposes of the city and that there were so many promises over the city. I felt the Lord show me the battles there have been big, but are in keeping with the extraordinary destiny of the city.

I sensed the Lord say “I will pour out My Spirit there again, and it will be for all to see!” I sensed He wanted to “show off” this city to the whole world. This will be a year of the new wine being poured out. The leaders of the city will be so blessed in the coming times, as God is going to fill the wells dug for Him. It is the glory of His light and of His creativity as He is readying His house there for even greater displays of His Heavenly power.

I also heard the words “city of Praise” and sensed that a flood of worship is sweeping across the city. I saw the levels of worship rise, as houses filled with new praise. These were not the houses just of the church, but houses in the suburbs.

Lastly, I felt like He was releasing a highway of His fire from Heaven to earth. I heard the words “God of the everlasting fire” and felt like the Fires of Revival are coming!

God adores this city and is going to bring His love and kindness through His Beloved Bride there. She is shining brightly and will shine even more as all the promises of God are fulfilled in this city.

“For God so loved the world that He gave His one and only Son, that whoever believes in Him shall not perish but have eternal life.” John 3:16 (March 3.2016)

There are no upcoming events at this time.